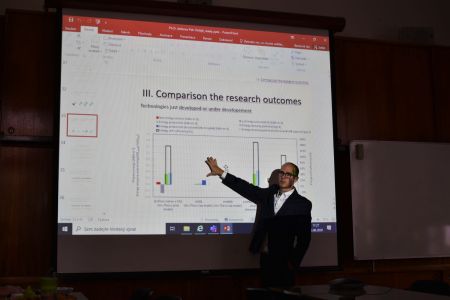 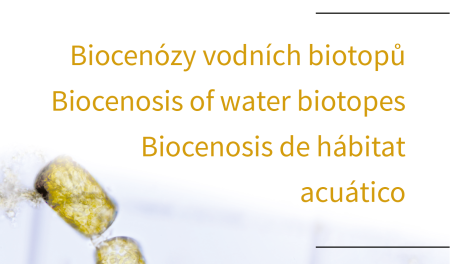 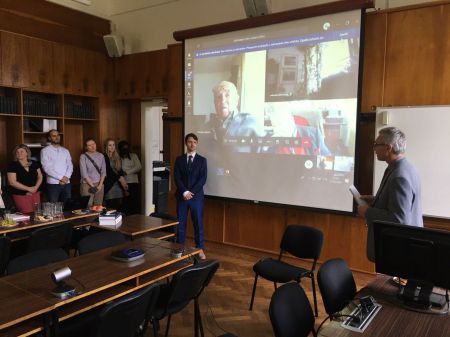 It was a first partially on-linePh.D. defense. 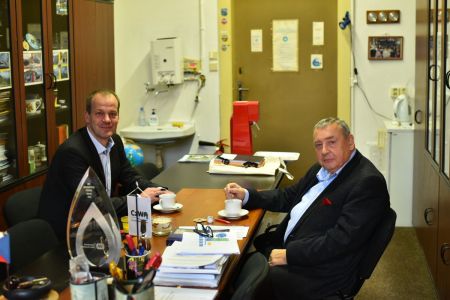 On 25 - 26 November 2019, Univ.-Prof. Dr.-Ing. Jörg Krampe, the Head of the Institute for Water Quality and Resource Management at the Technical University of Vienna visited our University. This visit followed many years of very good contacts between our workplaces, which is dated back to 1987 when prof. Wanner visited the Vienna Department just at the time when its founder prof. Willi von der Emde handed over to prof. Helmut Kroiss, who headed the department until 2012. Professor Krois visited Prague several times, for the first time in 1991, when our University organized the IWA conference on Large wastewater treatment plants. On the other hand, many members of our University, including Ph.D. students, have visited the Vienna Department at various times.
Prof. Krampe visited our University in April 2015 in connection with the meeting of the Preparatory Committee of the IWA Conference on Large WWTPs in September 2015 in Prague. This year's visit was opened by prof. Krampe on Monday, November 25, by acquainting himself with the history, specialization and study programs of prof. Wanner. This was followed by a tour of the most interesting laboratories of the University, from the new "modeling room" to the laboratories of hydrobiology and technical microbiology.
On Monday, November 25, the first workshop was held where prof. Krampe introduced the working groups of the Viennese workplace, their research projects, and their main results. These research areas include, inter alia, river basin and lake protection, rainwater pollution, innovative approaches to nitrogen and phosphorus removal and phosphorus recycling, anaerobic processes and sludge treatment, micro-pollutants and antibiotic resistance, as well as other interesting areas.
On Tuesday 26 November morning prof. Krampe lecture on "Energy Efficiency in Wastewater Treatment", attended by many members of institutes and students of all degrees of study. The topic of the lecture attracted many people outside the Institute of Chemical Technology, so we managed to fill the large auditorium BII. The lecture was followed by an interesting discussion, which then continued for those interested in the Institute at the afternoon workshop where the Institute presented its most interesting research projects and where the possibility of further cooperation of both research institutes was discussed.
Wednesday, November 27, was devoted to a tour of the New Water Treatment Plant CWWTP Prague, which in addition to prof. Krampe and prof. Wanner was also attended by the PhD students. At the end of his stay in Prague prof. Krampe greatly appreciated the friendly reception he received at the Institute as well as the scale and high level of research projects. Prof. Krampe left Prague with the conviction that his visit opened another chapter in the mutual relations of both workplaces. The Vienna Department also offers a number of interesting opportunities for our doctoral students' apartments in Vienna. 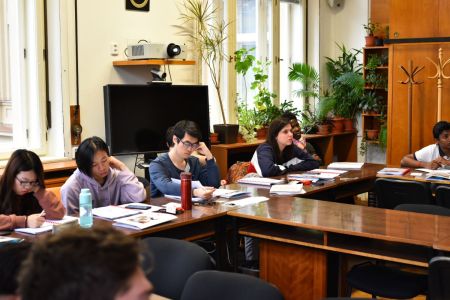 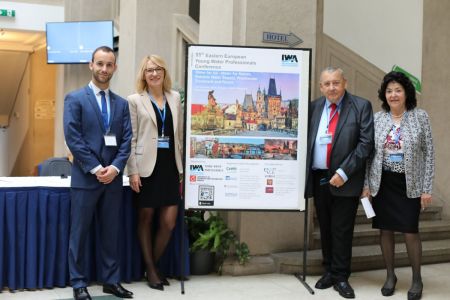 On October 1 - 5, the 11th International IWA Eastern European Young Water Professionals Conference was held in Prague. In addition to several universities, the conference was also held under the patronage of SOVAK ČR and CzWA.

The conference program started with the Water Utility 2030 workshop led by MSc. Hasenleithner, CEO of Energie AG Bohemia, who was one of the conference sponsors. Furthermore, Utility Benchmarking and How to present workshops and excursions to Central WWTP in Prague was held before the main program of the conference.

Participants of the conference met on 2 October at an informal party, where the conference participants were welcomed by the chairman of the program committee prof. Ing. Dr. Wanner, DrSc. Ing. Maryna Feierabend, Vice-Rector of UCT Prague prof. Dr. RNDr. Matějka and representatives of YWP CZ Ing. Petra Vachová and Ing. Filip Harciník. The opening ceremony took place on the morning of 3 October in the large hall of the CTU Congress Center in Masaryk Dormitory, and in addition to the above-mentioned, the chairman of the CzWA Committee, doc. Ing. David Stransky, Ph.D. and representatives of sponsoring companies.

The conference was attended by nearly 200 participants (195) not only from Eastern Europe, as the conference title might seem. In addition to Europeans, there were also representatives from Australia, Mexico, Brazil, South Korea, South Africa or India. The main program of the conference was divided into two parallel sections within two days - drinking water and wastewater. Many interesting lectures were heard, including Czech and Slovak representation. 58 posters were also presented, the authors of which had the possibility of a quick, three-minute presentation.

At the conference, the best lecture from each section and the best poster were selected by program committee representatives. There was also a Czech and Slovak representation - the award for the best lecture in the Drinking Water section was received by Ing. Ronald Zakhar from STU Bratislava with a lecture Comparison of Different Adsorption Materials for Pentavalent Arsenic Removal from Drinking Water and Award for Best Poster Ing. Vojtěch Kouba from UCT Prague with poster Pilot-scale experiences with partial nitritation treatment anaerobically pre-treated sewage. The winners will be able to attend the next annual conference, which will be held in the capital of Latvia, Riga, free of charge.

The last day of the conference included an excursion to the Podolí Water Treatment Plant and a tour of the Prague center. The social program of the conference consisted of a gala dinner during a cruise on the Vltava River and the second evening the participants had the opportunity to dine in the restaurant of the Strahov Monastery. On November 21-23, the meeting of project REEF 2W took place at our department. REEF 2W is an Interreg Central Europe project about "Increased renewable energy and energy efficiency by integrating, combining and empowering urban wastewater and organic waste management systems". All partners were discussing mainly the project progress, financial report and reporting the first training course. They were also developing 5 regional REEF 2W strategies in the five concerned regions.